DNA, How Much Information Can It Store?

DNA or deoxyribonucleic acid is the stuff genes are made of.  Ever since the double helix structure of DNA was confirmed in 1953, the importance of this molecule & its impact on many aspects of our daily lives from biology & medicine to law enforcement cannot be overstated.  In this article, we offer a brief summary of what DNA does why it makes a great digital data storage medium.

DNA is composed of just 5 elements: hydrogen, carbon, oxygen, nitrogen & phosphorus. While the chemical makeup is straightforward & had been known for years, what wasn’t understood was the physical structure of DNA. It was only after improved sample preparation that X-ray crystallography could confirm the double helix structure.

To view a great resource for understanding how X-ray crystallography works & allowed for the correct interpretation of this structure, see DNA X-ray diffraction.

For anyone who has studied chemistry, the relevance of VSEPR theory is obvious since the multiple geometries allowed by carbon & nitrogen are instrumental in allowing the double helix to form. 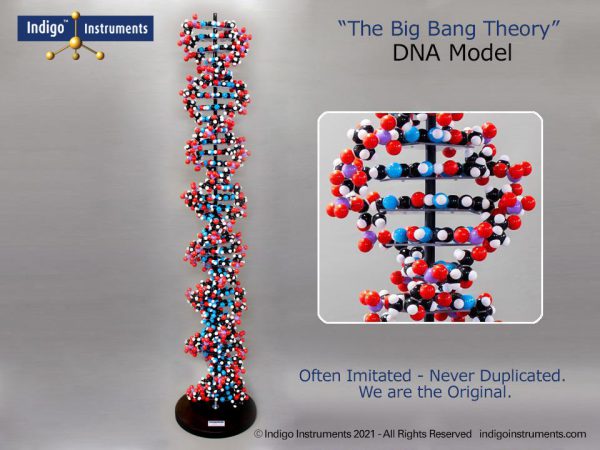 In eukaryotic cells, DNA is contained within each cell nucleus where the information is transcribed into proteins, RNA & other molecules. The flow of materials between the nucleus & cytoplasm is highly regulated ensuring that only molecules necessary for proper functioning are permitted.  These entry & exit points in the nuclear membrane are known as nuclear pores. The scanning electron micrograph shown below shows these structures. 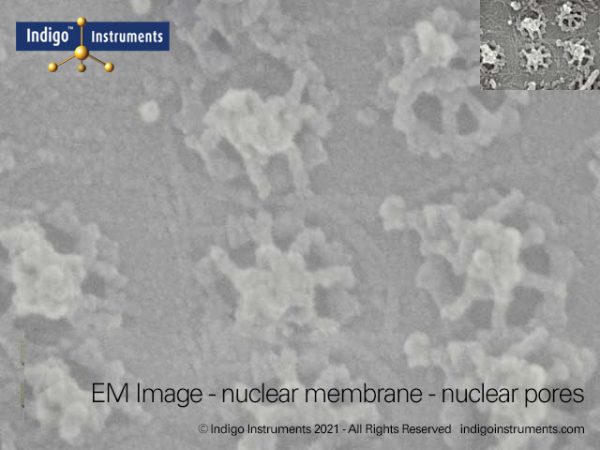 These nuclear pores are not simply holes in the nuclear membrane but are active gatekeepers. Click on this video to see how nuclear pores work for more information.

An important fact about DNA that is understated is just how much information DNA holds. It is truly the ultimate information database & is vastly bigger than all the cloud computing & personal computer storage media space on earth, combined.

A 17 base pair DNA model has 417  possible combinations (assuming any or all 17 bases could be AT or GC). This works out to 17,179,869,184 unique base sequences or more than 17 billion combinations. This number is in the same order of magnitude as there are stars in our galaxy.

A 34 base pair version such as the Big Bang Theory DNA model, while only double the number of base pairs, grows to 434  possible combinations (again assuming any or all 34 base pairs could be AT or GC). This equals 295,147,905,179,353,000,000 or roughly 300 billion billion combinations which is the same order of magnitude as the number of galaxies believed to exist in our entire universe!

Now consider the entire human genome with its estimated 3 billion base pairs. This number is greater than all the atoms & all the subatomic particles in the universe-a number so great your desktop computer will choke on if you enter it for calculation.

This is, of course, an oversimplification since not all base pairs are used for coding proteins & the like but it still means that every species & every molecule they make represents a unique solution to a problem that may have taken millions of years of evolution to arrive at.

Not a single antibiotic such as penicillin or a painkiller such as morphine or venoms like conotoxins could have been synthesized by all the chemists in history from applying brute force. These compounds have all been extracted from plants or animals that produced them in aid of natural selection. This is the key reason that preserving rare plant & animal species by limiting their extinction is so important. Once those organisms are gone, their unique contribution to the molecular universe is lost to us as well.

For those interested in further information on DNA or interesting experiments, please see DNA From the Beginning.