Molecular models are a staple for teaching organic chemistry to students from high school to university and beyond. For others, they are considered an anachronism in today’s world of computing, especially with advances in virtual reality. While there is some truth to these viewpoints, physical models still have many other practical uses. Below we will describe four different uses.

Crystal lattices are everywhere. The most familiar are diamond, ice and silicon-based computer chips. There are thousands of different crystal types on Earth and their complexity and importance rival that of many organic compounds.

Alloys of titanium and gold are already used as biocompatible materials in articificial hip joints and the like. A new one was reported recently, Ti3Au (beta titanium gold),  which is 4 times stronger than other known alloys.1

The increased strength is due in part shorter interatomic bonds . This might not be immediately apparent even if pictures of the different alloys were shown side by side. In the image below, however, you can see that the bonds appeared strained but this illustrates the shorter distances and hence higher density. 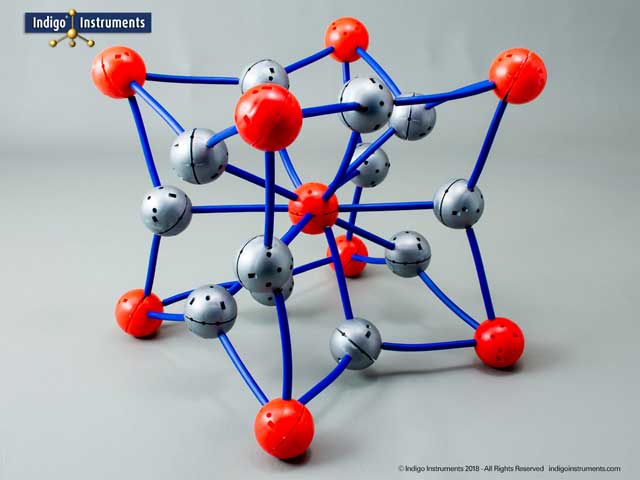 Notice the slight bending in the bonds (blue). This indicates shorter interatomic distances which in turn produces much greater hardness in the alloy.

Digital cameras are everywhere bringing out the wannabee photographer in all of us. Composition, the relative position of things in pictures, is still important, especially for product presentation. Most of us lack formal training in this but reshooting scenes are very cheap. Still, getting it right on the first few tries is important if time & money are at stake.

We created a very simple tool using molecular model parts. It consists of 4 octahedral atoms and lengths of bonds cut to length. We use one that has a 4:3 length to width ratio, the standard for most computer monitors, to frame product shots. Others such as 16:9 for high definition television can also be built. 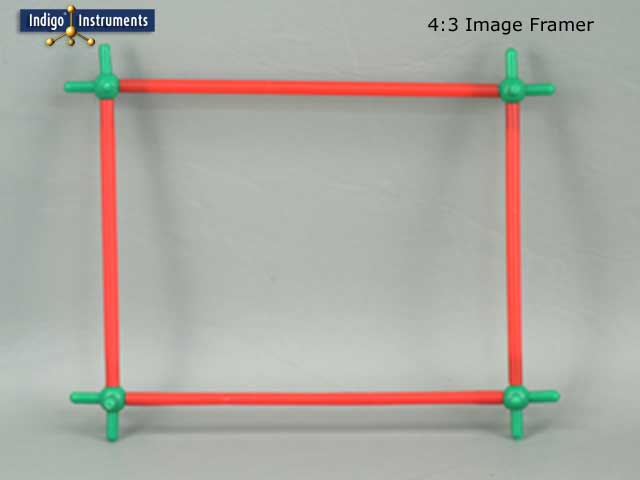 Use Minit octahedral atoms with the 210mm bonds which you can cut to length & create any size ratio you need.

The picture below speaks for itself. We supplied molecular models of a drug called galeterone to a company that mounted them in display cases. These were handed out at an event celebrating a successful IPO (on Wall Street we believe). Galeterone was recently announced as a new drug for the treatment of prostate cancer. The model structure itself is roughly 375mm (15″) long.

Customers ranging from bankers to military have approached us asking how they could display the interconnections found in different hierarchies. In other words, who reports to whom. Relationships can be 1:1 or many to one that represents many commands and reporting structures. Molecular models are inexpensive and easy to configure as can be seen in the image below. 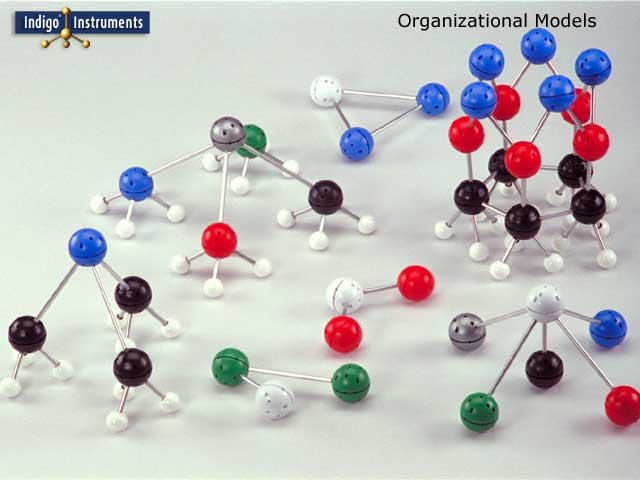 Interestingly, the most flexible way to show such organizational patterns is with the same model style as shown in the top picture. The Unit style of models, designed for crystal structures, allows for many more connections than any other model design.