NSAIDS-Inflammation Relief To The Rescue

Inflammation, we’ve all had it at one time or another. It can be something as simple as swelling to something more painful like a headache, arthritis or gout. Surprisingly,  many can be treated by NSAIDS (non-steroidal anti inflammatory drugs).

Many are familiar over the counter medications such as aspirin and ibuprofen but there many more available now and with so many choices which to use?

Celecoxib, (Celebrex) is a non-steroidal anti-inflammatory (NSAID) used to treat a variety of conditions, especially different types of arthritis. Celecoxib blocks the enzyme that makes prostaglandins and can be used to treat juvenile rheumatoid arthritis in young children. It is usually available only by prescription and the extra expense is no guarantee of better results. Another prescription, Vioxx, was pulled off the market after it was shown to be associated with unforeseen problems.

Diclofenac  can be applied topically to reduce musculoskeletal inflammation such as arthritis. Voltaren, a well known brand, uses an emulsifying gel (emugel)  that allows the drug to be absorbed through the skin  & delivered directly to inflamed tissues. 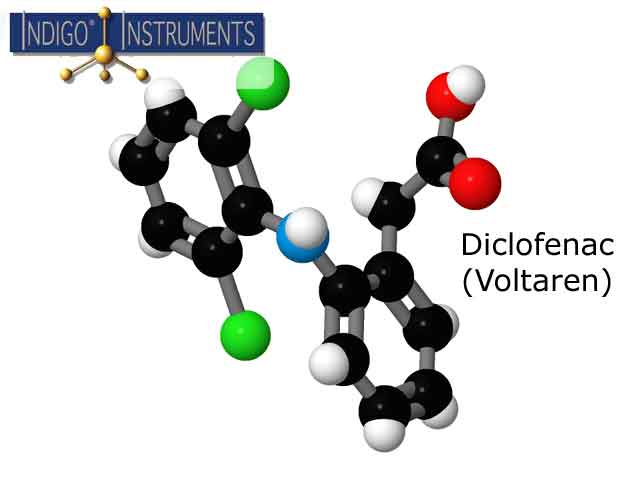 Diclonfenac/Voltaren is particularly good for joint or muscle inflammation since it can be applied externally to the affected area. High concentrations, 10%, can be prescribed.

Ibuprofen is  a popular medication used to reduce fever and treat pain or inflammation caused by headache, toothache, back pain, arthritis, menstrual cramps or minor injury. Like other NSAIDs, it works by inhibiting the production of prostaglandins which in turn decreases the activity of the enzyme cyclooxygenase. Ibuprofen among the most commonly used over the counter NSAIDs. It can be tolerated in relatively high doses but consult a physician or pharmacist first.

Indomethacin is an NSAID with analgesic and antipyretic (anti fever) activity and works by reducing the hormones that cause inflammation and pain. It  is used to treat conditions such as arthritis, gout, ankylosing spondylitis, bursitis or tendinitis. Indomethacin may work for gout and arthritis if over the counter NSAIDs are found to be ineffective.

Naproxen is another NSAID  that also acts by reducing  the hormones that cause inflammation and treats mainly ailments similar to Indomethacin  such as arthritis, ankylosing spondylitis, tendinitis, bursitis, gout, or menstrual cramps. Why All the Different NSAIDS?

Humans have widely differing genetic makeups. Simply put, some drugs are more effective for certain ailments than others. In addition to genetic issues there are many types of physical injury and diet can also play a role. For example, inflammation due to arthritic gout  is common in type 2 diabetes and can be triggered by certain foods.

Fortunately, there are choices.  It may take some trial and error but finding the right one is worth the wait if it reduces pain and improves ones enjoyment of life.

Inflammation is a very broad topic beyond the scope of a simple blog such as this. The article in Wikipedia explains the nature of it in great detail.