This review of the evolutionary importance of siRNA (small interfering RNA) & microRNA was written in 2005 by Dr. Neil Straus, a professor of molecular genetics at the University of Toronto. While much has happened in RNA research since then, especially in vaccine development, this article still offers insights.

It’s an RNA World After All

One of the major stumbling blocks to our understanding of the beginning stages of evolution was which molecules or groups of molecules started the whole process. The major problem lay in the distinctly different natures of the two molecules that dominated the molecular world of the cell, DNA, and proteins. DNA is the genetic material and proteins are the enzymes that drive the reactions of life. DNA stores the information for the synthesis of proteins but has no enzymatic activity to synthesize them; proteins can form enzymes but can’t pass on genetic information. So the problem for evolutionists was the classic problem.  Which came first, the chicken or the egg? Which came first, DNA or protein? This problem has now been solved. The answer is neither. 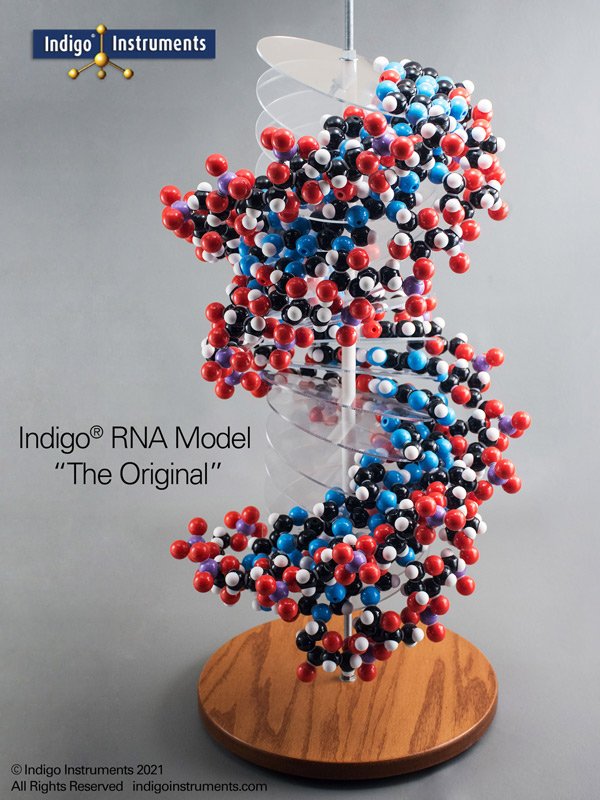 This RNA molecular model is one of a kind & far more complicated than the 17 base pair DNA model. Click on this image link to see a side-by-side comparison.

The molecule that came first is a molecule that can be both a gene and an enzyme. The answer to the evolutionary dilemma is RNA. The RNA World theory of evolution is that life originated from RNA (1). This RNA World theory has been given new impetus by recent revelations in gene regulation and molecular structural analysis. A host of RNA molecules have now been discovered that are ribozymes — RNA with enzymatic activity. One of these ribozymes can catalyze the accurate polymerization of RNA on an RNA template (2). Detailed structural analysis of the ribosome has now revealed that the ribosome is a ribozyme and that it is the RNA portion of the ribosome that catalyzes the synthesis of proteins (3). This means that RNA can be the repository of genetic information, that can be synthesized into ribozymes. These ribozymes, in turn, can replicate the information that dictates their own synthesis in addition to the synthesis of ribosomes and other ribozymes that can eventually synthesize protein.

There is no need for the chicken and egg dilemma. RNA was enough to kick-start the complex process of evolution some 4 billion years ago. The past 25 years (dated from 1996) have also witnessed a dramatic paradigm shift in gene regulation from proteins to an RNA venue dominated by small non-coding RNAs called microRNA and siRNA (small interfering RNA) (4,5). These small RNA molecules are central to cellular mechanisms that control the expression and degradation of messenger RNA and may also play a role in transcriptional regulation. The process which records these small regulatory RNA molecules has been rapidly adding microRNAs, to its compilation, and the current 321 entries (as of 2005) for humans seems sure to increase well beyond double that number (6). The regulatory nature of microRNA has also positioned it to be a crucial indicator for stem cell and tissue development, in addition to being a dependable diagnostic for cancer (7). RNA has now come into its own. It moved into prominence at the dawn of the twenty-first century. Just as the A-helix is the core structure of RNA; understanding its structure is crucial to an understanding of modern biotechnology. Even though RNA is mostly found as a single-stranded structure the A-helix is still the major structural arrangement of this molecule because double-stranded structures are formed by the molecule folding back on itself much like a hairpin does. Of course, when miRNA or siRNA interact with mRNA they do it as two separate anti-parallel, complementary strands. There are many significant differences between the B-helix & the A-helix. Look at both structures & you can immediately see that the major groove of the B-helix is far more accessible than that of the A-helix where the major groove becomes quite a deep cleft. As a result, the minor groove becomes a more prominent & surface feature of the A-helix relative to the B-helix. A simple result of this is the permissibility of G-U pairs by a wobble type pairing. In these RNA G-U pairs, the amino group of the G protrudes out of the minor groove where it presents a new reactive group that may contribute to the active site of a ribozyme (8). Molecular structure & molecular function are always related in the world of biochemistry! Accurately built molecular models are one way of more clearly understanding molecular and biological functions. 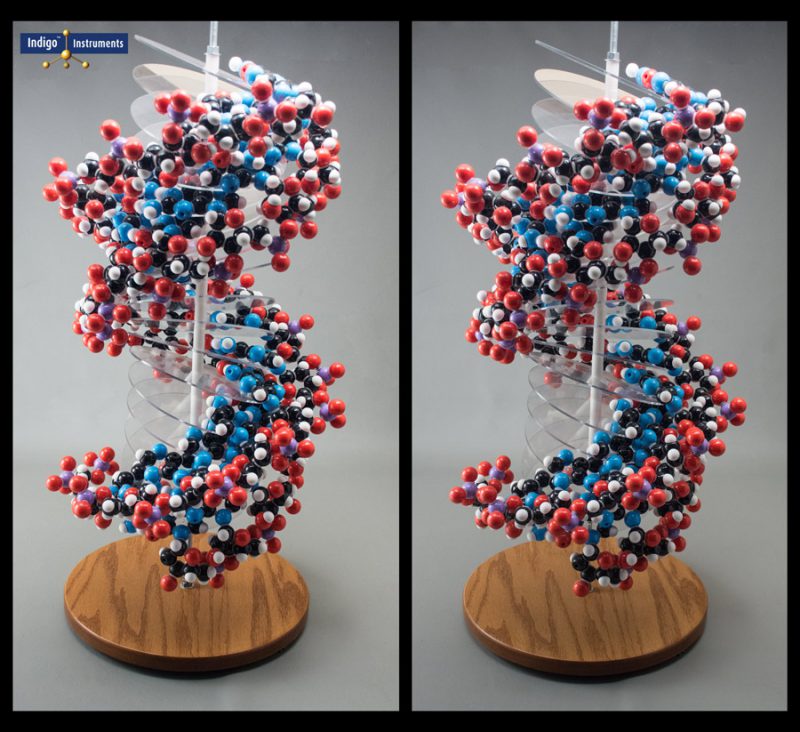