Over the years, Indigo® molecular models have appeared in “Hollywood” movies, classrooms, lectures & TV around the world. The most recognized by far is our DNA model which appeared in the Big Bang Theory. We present just a few of them below.

Years ago we built a gigantic zeolite model for the fun of it & it ended up nearly a cubic metre in volume. It took days to build & in the end we had no idea what to do with it. Instead of taking it apart, we suspended it from the warehouse rafters to hang for eternity. Several months later, Disney Studios called looking for “scientific” props for the movie The Nutty Professor with Eddie Murphy.  They wanted something big & wanted it right away along with some smaller models. The image below is the only one we have & was taken 1996 before there were affordable digital cameras. This picture doesn’t do the model justice since it was big, beautifully symmetrical & mesmerizing to stare at. Different zeolites from this one are actually common in some homes. They are used in water softeners as molecular sieves and in oil cracking. The complete model has 8 subunits of the type shown below.

In the years following, we added other zeolites to our lineup of molecular model kits. There are hundreds of different kinds of zeolites, aka aluminosilicates. They are used in water softeners, air fresheners, filters and even as catalysts in petroleum cracking.

The big zeolite model above actually has 8 subunits of the model shown below that form the full cube.  The original green bonds were very stiff & 50mm long in order to bend without breaking. The bonds in current models are typically 35mm, very flexible & allow the models to be built & disassembled repeatedly. 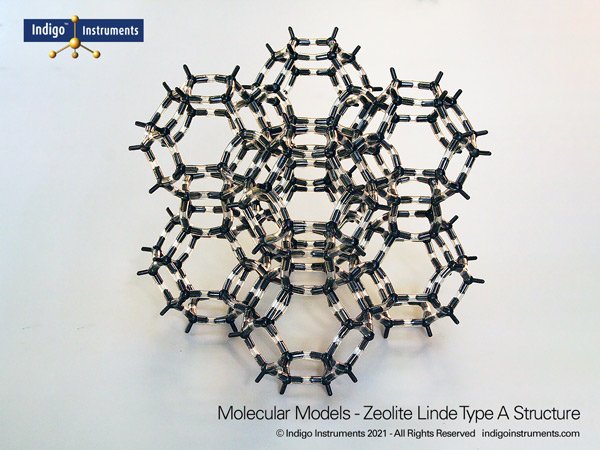 The image shown for our most basic DNA model & it appeared on the Colbert Report. The topic for that day’s program was either the anniversary of the discovery of the double-helix structure of DNA by Watson & Crick or Charles Darwin’s “On the Origin of Species” which first outlined natural selection as the driving force in evolution. Cross your eyes to see this model in stereo. 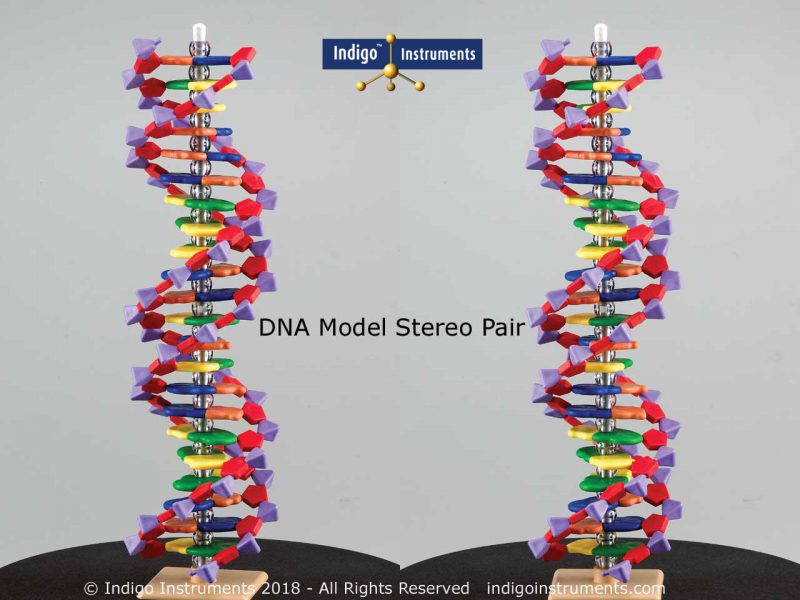 Our best selling model is the 17 base pair DNA double helix version first delivered in 2000 to Bell Labs in New Jersey. We’ve since shipped over 400 to major universities, museums, businesses & law firms around the world. It has even made at least one appearance in the TED lectures. It’s even made it way into a presidential press conference.

It’s greatest claim to fame is its appearance on TV’s The Big Bang Theory.  The props department of the Big Bang Theory production company ordered 2 at the end of season 1 after the show had been renewed. They stacked them to produce the 34 base pair model seen as one of the furnishings in Sheldon & Leonard’s apartment.  You can cross your eyes to see it in stereo. The original Big Bang Theory model had two 17 base pair models stacked together. The new and improved version of the Big Bang Theory DNA model  has 36 base pairs to represent the genetic coding needed for 12 amino acids.

We think some of these models appeared on the original Law & Order but can’t recall the episode. Of course, it doesn’t end with Hollywood movies & TV.  We have provided models for trade shows, corporate events, hospital fundraisers, training sessions & more.  The picture below shows 6 street drugs we built for an NYPD drug awareness program. 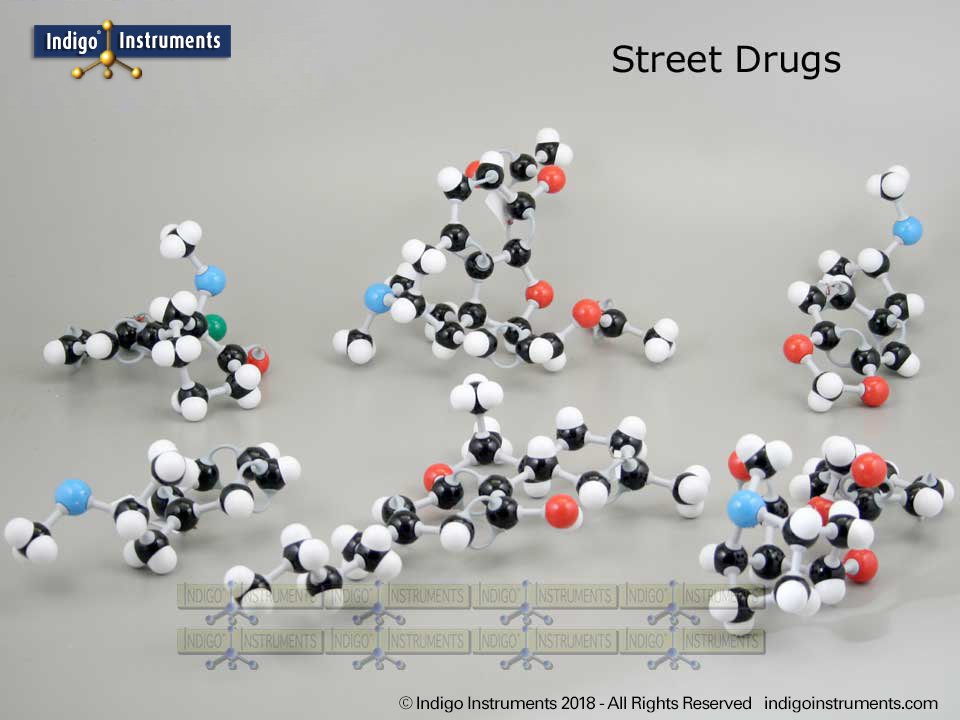 The original 17 base pair model can be seen in this TED lecture. It’s there only as a prop in the background but we know it has been featured in others. Professor Hailey Gahlon of Zurich ETH also used used it as a prop in a talk about DNA damage in presentation of Zurich Minds at Imperial College, London, England.

Build Your Own Props

Whether you are a teacher, researcher, company trainer or event planner, our 3D Molecular Model Builder can produce a model of nearly 50 million compounds which includes just about any drug (street or otherwise) or chemical. We also have glow in the dark biological models such as luciferin in our Orbit Kits, and even “dilithium” & Borg Cube models.